My Avulux migraine glasses review is not influenced in any way. Avulux is light sensitivity eyewear that is different than the rest. I was given a pair of glasses in exchange for my honest opinion. After receiving them, I tried them in many different situations. Is Avulux legit? Yes. I became an affiliate after trying them and falling in love. If you purchase you will get $15 off and I will be rewarded. I hope you like them and thank you!

After speaking with the Avulux team, I found out that there aren’t indoor or outdoor glasses. The migraine glasses are meant to help with ALL light.

How Avulux Glasses are Different?

As opposed to rose-tinted glasses, Avulux has newly engineered grey-tinted lenses. With a huge increase in screen time this year, I wanted to try something new. My daughter stole my indoor glasses but my Avulux is good for all light. The Avulux team spent 8 years engineering a lens that would target specific wavelengths. The lenses function as a migraine preventative diagnosis or treatment of any medical condition by filtering out the specific wavelengths of migraine-inducing light.

If you live with under 15 migraine days per month, put glasses on at the first signs of a migraine attack. If you live with chronic migraine, wear glasses continuously to prevent migraine attacks. It is recommended to wear Avulux for at least 2 weeks to experience the full benefits of your Avulux migraine glasses. The Avulux ‘for prescription’ frame options come with both a frame and titanium clip-on. The clip-on contains Avulux migraine lenses while the frame contains blank lenses that customers can replace with their own prescription at their local optometrist.

After wearing them for many weeks, I can say that I like Avulux migraine glasses. Is Avlux legit? Yes, two thumbs up. They are different from what I’m used to but it was an easy switch. Using glasses helps me hugely in avoiding a spike in migraine attacks during the day. Managing my symptoms allows me to cut back on medication and I am hugely appreciative of any product that helps with that.

Where to Wear Migraine Glasses

I wear my Avulux mostly when I am working on the computer, scrolling through my phone, cooking in my kitchen, and running errands. Although they are meant for indoor and outdoor use, I typically need really dark sunglasses on sunny days. But on cloudy days, I find I squint my eyes without glasses and sunglasses are too dark and harmful. Avulux glasses will not dark adapt your eyes (you will not become more light-sensitive by wearing them).

I like that the frames are light because wearing glasses hurts my nose and ears if I wear them too long. The white cute style matches my casual work environment, aka my house. The glasses come with a sturdy case and cloth to clean the lenses. This may sound silly, but for someone who carries glasses everywhere, a case is really helpful. Additionally, having a cloth to keep my lenses clean.

Indoor and Outdoor Use

The other day, I had suntan lotion on my glasses and felt like I had blurry vision….a few wipes of my cloth, my vision was clear. Oh, the life of a spoonie! After that, I went on a walk to the beach… It was a windy day with the sun coming in and out so I wore my Avulux. This picture is a great example of how I use my light-sensitivity eyewear. I wear a hat to block the sun overhead. Then, I wear a hood to block the wind from the beach. I finish with glasses. Whether it is indoors or on a cloudy day, my Avulux is a good choice.

Avulux migraine glasses are another tool in my toolbox for living My Migraine Life.  Check out Avulux on my Gift Guide

Thank you Avulux for allowing me to try and review the Lilu glasses.

If you would like to try them, please Avulux discount code MYMIGRAINELIFE

I tell stories of My Migraine Life. Living life through Migraine consists of advocacy, treatment, prevention, and searching for health and happiness in a positive honest way. My kids, husband, dog, family and friends motivate me to make a difference in the Migraine World.
Posted in Products, Reviews 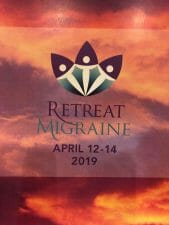 The First Day of Retreat Migraine is a doozy! I am so excited to travel without my family for the first time! Plus, I looked forward to meeting many people who share migraine disease and want to do something about it. The excitement was tremendous, and my migraine decided it wouldn’t participate. The person I…
Read More → 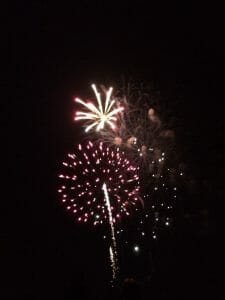 Happy New Year and Resolutions for 2017

Happy New Year and Resolutions for 2017! My son spent Christmas with the flu and I spent New Year’s Eve and New Year Day the same way.  Ugh.  Happy New Year.  We have all recovered, I’ve sterilized my house and I’m ready to move on. Do you believe in resolutions?  I looked up what a resolution…
Read More → 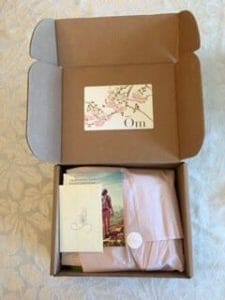 I have been lucky enough to review the Deluxe Om Community Box- “Pioneer.”  Let me begin by saying that this is more than a product review.  It is a great website and resource for migraine sufferers and people looking to get in touch with their mind, body, and soul.   There is a lot of inspiration along…
Read More →