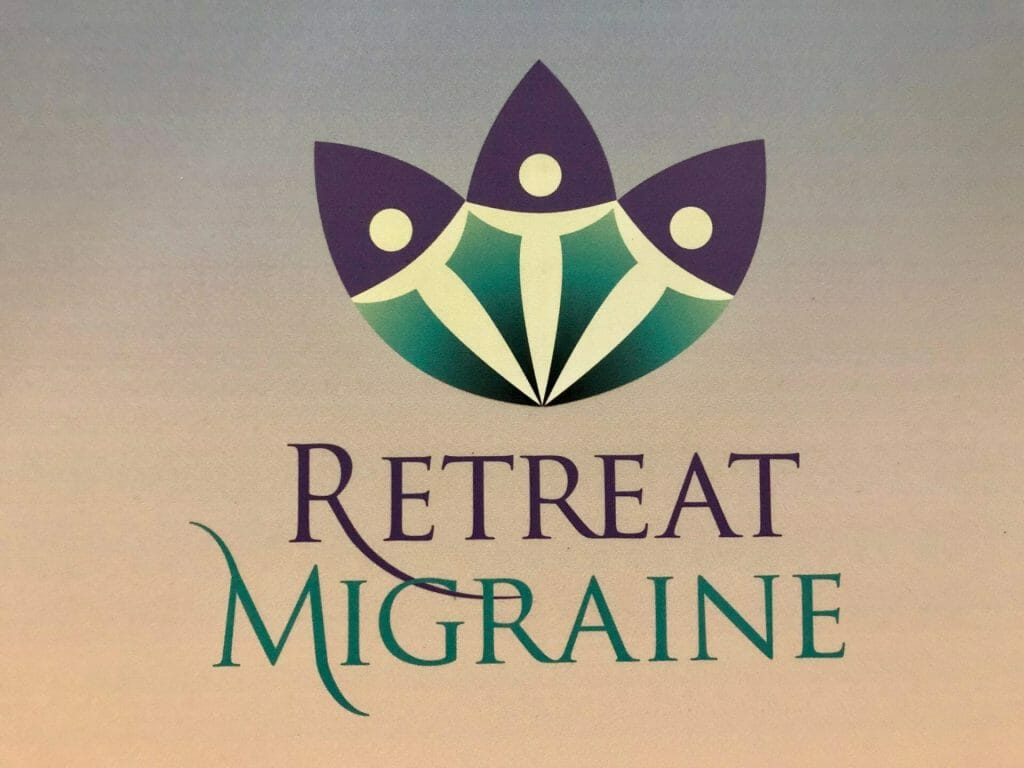 I just had my experience at the first retreat migraine. I woke up looking at my suitcase and thought, “Did that just happen?”

Where is Retreat Migraine?

This weekend, I went to the first-ever Retreat Migraine hosted by CHAMP in San Antonio, Texas. The second I saw it advertised as the second I started looking forward to it. I boarded the airplane at a pain level of 6, and the pain only worsened throughout the weekend. I walked around the beautiful hotel in a pain-filled, medicated state while spending most of my time in my room. Mostly, I left to eat or warm myself in the sun while keeping my head in the shade. I watched from Facebook live what I could and attempted to be part of the group while mainly focusing on making my legs and mind work.

While being so devastated by this, I also wasn’t surprised. This is My Migraine Life. I have been writing this blog for almost 6 years now, and the changes I have seen in migraine research, medication, and community are tremendous. While I feel like I’m a part of this change, I look to many foundations, associations, and groups to align with. All these powerhouses were at Retreat Migraine, and I wanted to meet them in person. I tried to introduce myself to as many as possible, and each conversation gave me the knowledge and a sense of what they brought to the migraine advocacy table. I wish I could have gone to the planned informational sessions and activities, but it just wasn’t in the cards for me.

Should I Travel to the Retreat?

So the question begs to be asked, “Was it worth it?” and the answer is a resounding “Yes!”

The reality is that I was in the ER the weekend before the retreat and throwing up in an airport the weekend before returning from a family trip. As a person with a chronic illness, I’m always sick. It doesn’t matter where I am. I focus on what I can do and not what I can’t. My attacks stop my life, but I don’t plan on stopping.

What if I Miss Out on Retreat Migraine?

While I missed so much, I gained significantly. A decisive moment for me was when I was sitting alone at breakfast. I knew people in the restaurant but chose to sit alone because the swirl of people was too much for me, I was too nauseous to talk, and I didn’t want to ruin others’ time. As I sat staring at my coffee, having a shallow moment, I had a friend tap me on the shoulder and ask if I was OK.

I had no strength left to hold back my tears. As another friend came over, I sat and cried in their arms. I was so mad that migraine was taking this away from me and even madder knowing that tomorrow most likely held the same fate. When I looked into my friend’s eyes, she said, “It’s not F@#$ing fair!” with hate in her eyes for the migraine that only someone who lives it gets.

As someone who has small children and teaches preschoolers, I don’t usually hear the F word, but I believe it has a purpose. What greater purpose than to say F@#$ migraine! I have so many people in my life that hate migraine for me but looking into her eyes and knowing the depths that it has affected her life, I felt a sense of not pity but rage inside her. Seeing and hugging someone who feels my internal anger for this awful disease was powerful. The power that brings tears to my eyes as I’m writing this.

Just being around people who get it is very normalizing. I never felt normal, and these were my people! We look different, our stories are other, and our purpose for being there was different, but I think we can all say, “F@#$ migraine!” from the depths of our souls.

I can’t say thank you enough for the fantastic people who brought us all together. Everyone who works for these unique groups is sick, and at some point, before, during, or after, was ill. You are the definition of strength and inspiration! Also, thank you to our sponsors. The products and companies that support this event are what made it possible. Migraine has been ignored since the beginning of time, and I’m so glad people are finally investing money into research and the people behind it.

Unfortunately, I left Retreat Migraine on the earliest shuttle and missed the last day. I went to the airport to have a computer glitch and many lines waiting for my first flight. My second flight was canceled and rescheduled twice and much delayed. I ate soup on the floor, waiting in line with intense pain, congestion, dizziness, and nausea. The following day, I was the first appointment to hear that I had been diagnosed with a double ear infection, upper respiratory disease, and fever.

Would I do it again?

YES, YES, YES, YES. This is My Migraine Life. Those people are migraine lifers. Whether you have had one migraine attack or live with them daily, you are part of our group. You know what it feels like to have your brain and body attack you. It’s not OK. I write this blog and continue to work for the migraine groups of CHAMP because we all deserve better. I find such value in meeting you all and look forward to continuing my advocacy efforts in a fight for us all.

I tell stories of My Migraine Life. Living life through Migraine consists of advocacy, treatment, prevention, and searching for health and happiness in a positive honest way. My kids, husband, dog, family and friends motivate me to make a difference in the Migraine World.
Posted in Advocacy, Life, Travel 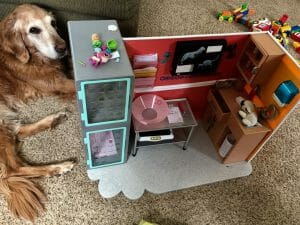 Vet toys are the best! In my house, we doctor my dog and she doctors me. Our vet pet clinic pretend play has been so healing and educational for everyone. Plus, it’s fun! This is going to be a short and sweet post. I’ve been sick since Christmas and my brain is feeling less than…
Read More → 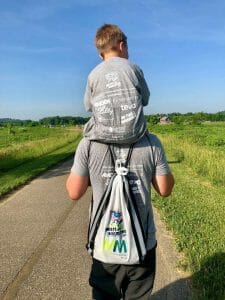 Miles for Migraine results 2018 race/walk Cincinnati. We raised funds, walked, ran, learned, laughed and made a difference. See how we are changing the future in migraine. #milesformigraine #MHAM #invisibleproject #mymigrainelife
Read More → 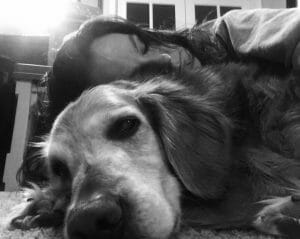 It’s National Puppy Day 2017 Two weeks ago, my dog spent 10 hours in bed with me while I was violently sick with a migraine. She heard my kids snacking and playing downstairs & my husband in and out. She never moved. She never leaves my side when I’m sick. That’s love!!!!❤ How My Dog…
Read More →